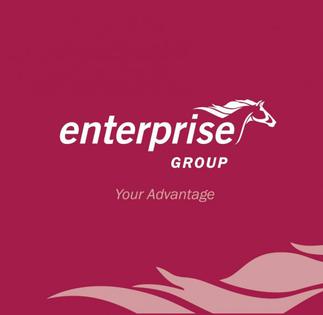 Enterprise Group Limited is pleased to announce the reorganization of its business structures resulting in a number of new appointments, with effect from 2nd January, 2019. The new appointments are as follows:

A fellow of the Insurance Institute of Canada (FCIP), Kwame holds a Bachelor of Arts Degree and an Executive MBA in Marketing from the University of Ghana. Under his leadership, Enterprise Insurance consistently delivered Underwriting Profit and consolidated its position as the largest privately owned General Insurance company in the country. A seasoned business leader, Kwame has also held a number of positions within the Insurance Industry including Vice President of Ghana Insurers Association and Chairman of the Ecowas Brown Card Bureau.

Mrs. Ernestina Abeh has been appointed as Managing Director of Enterprise Insurance.  Prior to her appointment, she was the General Manager, Operations, a position she has held since 2010.

Tina is a Chartered Insurer from the Chartered Institute of Insurance (UK). She holds a Bachelor of Arts Degree from the University of Ghana and an Executive MBA from The Ghana Institute of Management and Public Administration. Her promotion to Managing Director is after over 20 years’ experience in the Insurance Industry, most of which was at Senior Management level.

Akosua is a Chartered Insurer from the Chartered Institute of Insurance (UK) and has been in the mainstream insurance business since she joined Enterprise Insurance in 2000.

Enterprise Life Assurance Company Limited, which is the market leader in the Life Insurance Industry, has also seen a number of significant changes:

Mr. Francis Akoto-Yirenkyi, previously General Manager Operations, now takes up the newly created position of General Manager, Distribution. The position was created to bring more focus to the retail segment of the market. A chartered Insurer from the Chartered Institute of Insurance (UK), Francis has 13 years’ experience in the Life Insurance industry under his belt.

Mrs. Solace Odamtten-Sowah joined Enterprise Life in 2008. A Chartered Insurer also from the Chartered Institute of Insurance (UK), Solace has been part of Senior Management for 7 years. She has been promoted to General Manager, Operations.

Where relevant, the foregoing appointments are subject to regulatory approval.

The appointments will further strengthen the Executive Management Team of the Group and its subsidiaries and help in fulfilling the mission to “provide all who come in contact with us, their desired advantage”.

In announcing the appointments, Mr. Keli Gadzekpo, Group CEO, congratulated the new appointees and expressed his confidence that the appointments will help the Group and its subsidiaries reach full potential, with the support of all stakeholders and cherished clients.